Dom is a 6 year old Corso. In his spare time he likes to lean on you, get petted, and do zoomies around the house. He loves to go on walks. He is not for an inexperienced person to large breeds. He is very strong willed, loyal, and protective of his family. He will take advantage of your willingness to baby him. He understands to sit and always let his humans lead out of the door. He does great in his crate. He is completely housebroken. In Dom’s spare time he sucks up to his foster mom for treats.  He has a little quirk with each member of the family. We are working with Dom with introducing new people into the house. You will never doubt his loyalty and protective nature. Recently Dom went to the vet. He weighed in at a cool 118 pounds on the runway. He interacted with the vet and techs just fine. He even took them messing with his lips in stride. Dom doesn’t seem phased by other dogs around 50 pounds. He was previously around small children. However we don’t have any real evidence of that interaction.   Dom came to us with his bonded counterpart Ice….. 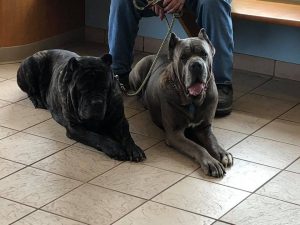 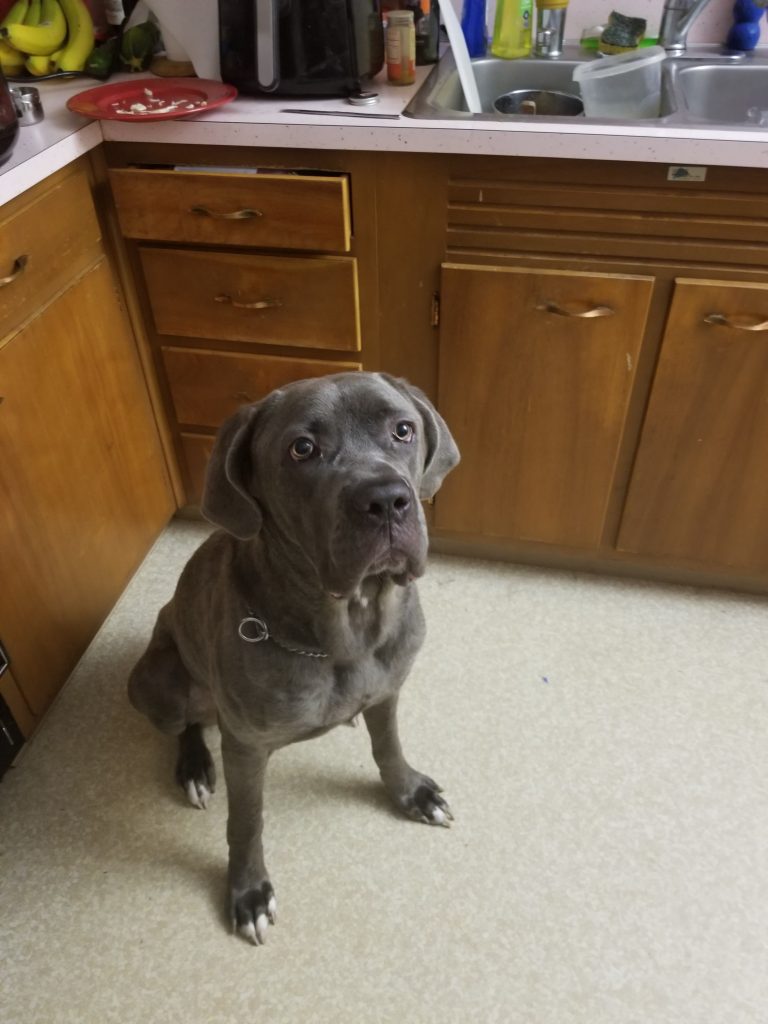 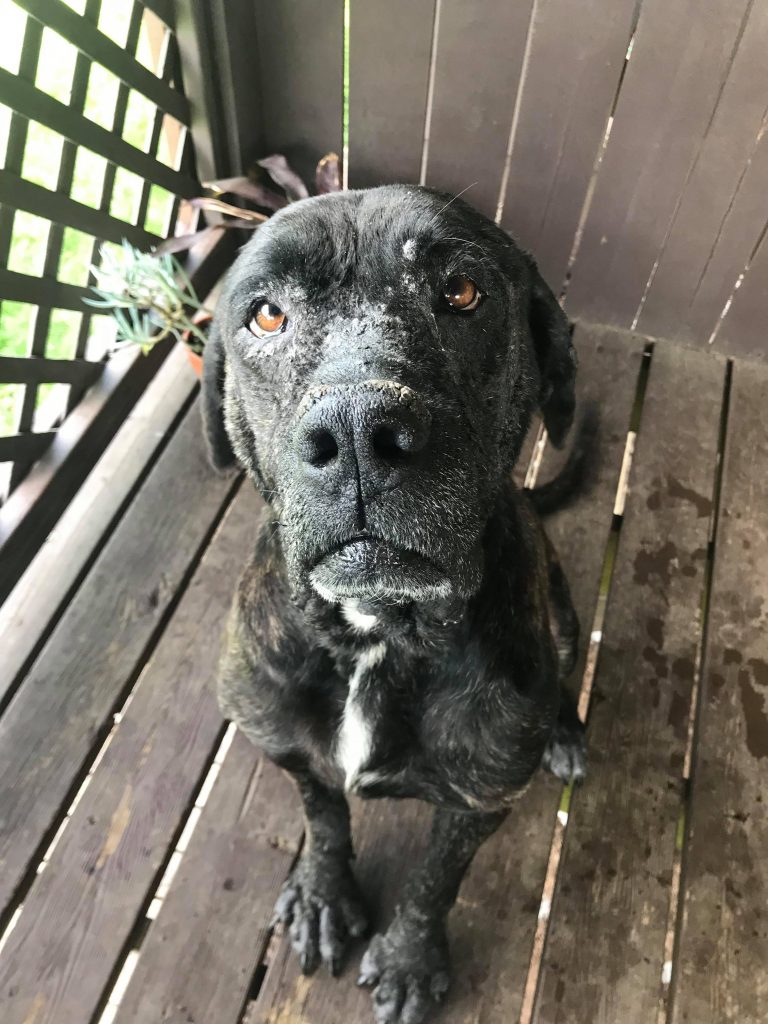 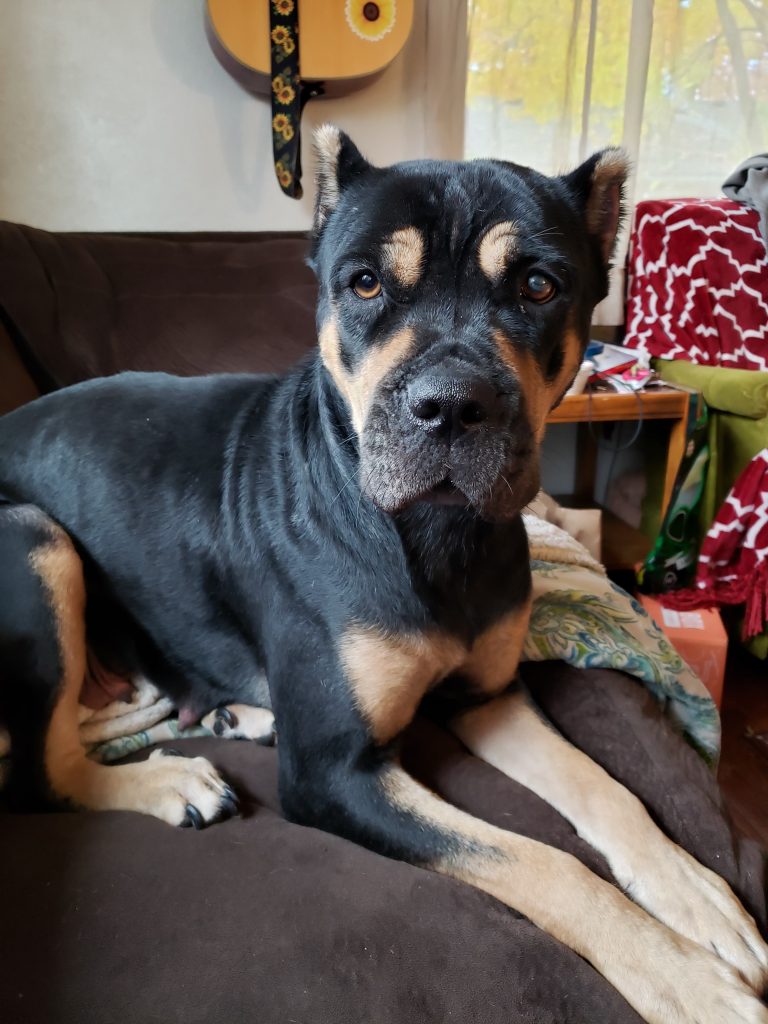